Yet another striking factor that the researchers found was the fact that there was a salient rise in the levels of the Tau proteins which is a biomarker of the Alzheimer’s disease. The striking factor was that they witnessed the levels of this protein as early as 34 years before the actual symptoms of the disease started creeping in.

The team also delved into assessing the salient changes in the brain using computer algorithms. The researchers found that the rate at which the medial temporal lobe changes was different in comparison to the actual Alzheimer’s participants.

Given that the medial temporal lobe is associated with memory and such, it is not surprising that the changes in this do impact influence on the participants before they actually go on to witness the onset of the clinical symptoms. These findings need further validation but the findings can very well help establish better treatment options.

Next Mediterranean Diet a Possible Cure for Depression, a New Study Suggests 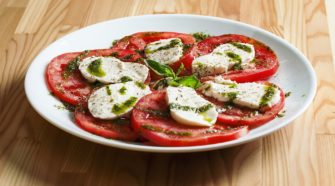