According to Dr. Steffen Rothfrom the University Museum Bergen, they were surprised to find out that bed bugs were older than bats. They also discovered that the evolutionary older bed bugs were already focused on one type of host even though they don’t have any idea about what the host was during the time of the dinosaurs.

Professor Mike Siva-Jothy from the Department of Animal and Plant Sciences of the University of Sheffield said that it was a revelation to find out that bed bugs evolved over 100 million years ago and were roaming the earth together with dinosaurs. According to him, it shows that the evolutionary history of these pests is more complex than previously believed.

The team also discovered that a new bed bug species conquers human beings about every 50 million years. When these critters changed hosts, they did not always become specialized on the new host. They maintained their ability to go back to their original host. This shows that some bed bugs remain generalists, switching from one host to another.

According to bedbug researcher Professor Klaus Reinhardt from Dresden University, these species are the ones humans can practically expect to be the next ones feeding on people’s blood. It may not even take 50 million years for this to happen because many more pets, humans, and livestock now give bed bugs a lot of opportunities to feed. They also discovered that the 2 major bed bug pests of human beings – the tropical and common bed bugs are older than humans.

Professor Mike Siva-Jothy said that the findings would help them better understand how bed bugs developed the characteristics that make them pests and find new methods of controlling these critters.

Next Why do Bees Love Hexagons? 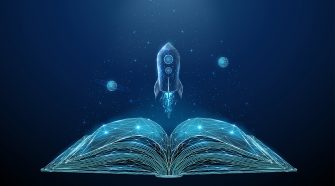