Dylan Poulus, a QUT esports researcher, claimed that 316 digital sports’ players, who were 18 and above, were credited as the athletes among the top 40% of the athletes. Mr Poulus stated,
“A disposition considered to be influential in sporting success is mental toughness, and it appears to be important for success in esports.”

He also added that if you want to make a hefty amount of money in esports and want to become a professional gamer, then you have to be prepared to deal with a tremendous amount of stress. It might feel like you are going to participate in the Olympics.

At the current global crisis and its effects, he reflected, “It is one of the fastest-growing sports in the world, and with the coronavirus pandemic, there has been huge interest.” The study included many esports players for research; the most popular competitive players were of Counter-strike: Global Offensive, Rainbow Six: Siege, Overwatch, League of Legends, and Defence of Ancients 2. Such exclusive events can attract more than 60 million views.

Mr Poulus also affirmed that the research discerned the several mental dexterities that were a prerequisite for optimum performance of players in the games. These skills included mental tenacity, emotional resilience, and management and control over life. He also mentioned that the digital sports players, like the conventional sports players, with improved mental tenacity and diligence, showed more assiduity and were quick in coming up with focused solutions, which made them successful in practical life.

It also proved that the esports players with better mental health also had a more improved emotional strength and had a superior approach towards the emotional issues. They were more accepting and coped well with the ongoing personal problems.

Mr Poulus also commented on how the athletes accept the constituents of the game’s storyline that transcend their control, and this improves their performance and even emotional abilities to cope with issues.
It was also stated that everything discussed in the sports psychology intervention could also be extended to the esports athletes as it can equally benefit the players of both; digital sports and conventional sports. Mr Poulus is currently acquiring his PhD at QUT’s Faculty of Health School
of Exercise and Nutrition Sciences.

The study, “Stress and Coping in esports and the Influence of Mental Toughness” was co-written by Michael Trotter, Professor Polman, and Dr, Tristan Coulter. This particular research garnered a lot of attention and praise as it was credited as one of the first studies to examine and inspect mental stamina to cope with stress and anxiety in esports players.
The study further discusses the origins of stress in the esports players and how do they work through it to not diverge from the motive of winning at all costs.

Research in the British Journal of Medicine illustrated that esports players likely to be emotionally and personally affected with an injury as a conventional athlete. The study also raised an important issue of not treating amateur esports players and providing them with an active
channel to facilitate their mental health improvement and educate them about dealing with stress and pressure. Esports players are equally vulnerable and susceptible to severe injuries that can gravely aggravate their emotional health. It is also vital to school them regarding the benefits of physical exercise to strengthen their coordination and reflexes. It shouldn’t be strenuous, but it can be emulated as a break or time off
to relive own self from the anxiety built up and stressful surrounding. Esports athletes should be much concerned about their mental fitness- this requires monitoring their focus, reaction time, awakens, alertness, strategic analyzation, and most importantly, their diet and its nutritional value.

Esports is an overarching activity that engages body, mind, and spirit altogether. It is vital that when these professionals build their esports career and optimize their performance, they supervise their physical, emotional, and mental health.

This is the most recent story. 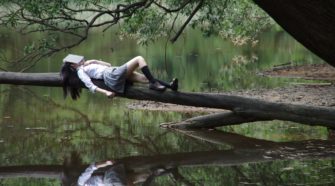