Since vapour pressure is very dependant of temperature as is also the equilibrium constant K, I fear that when operating the Cyranose as an analytical tool in a production unit (e.g. sampling during a distillation of a chemical for the perfume industry), one might get different results during winter time (e.g. -100C) then during summer time (+200C).

Can anyone tell me what the effect of temperature on the response of the sensors is? Also bear in mind that electrical resistivity is temperature dependant (although not so important in comparison with the effect on vapour pressure). What is the advised temperature window to use the Cyranose in, after the machine has been calibrated? Does one need thermostated samples to get accurate results? Thanks in advance for your answer Stefan Vandenberghe — Stefan Vandenberghe, July 10, 2000

It is difficult to recommend a window of sample temperature over which a model will remain valid since the size of the temperature window depends on the application, the pattern recognition algorithm, and the allowable levels of type I and type II errors. It is recommended that the user perform robustness and ruggedness tests on the model to understand and, if necessary, eliminate the effects of sample temperature. Here are a a few on-line references for testing the robustness and/or ruggedness of a model during method validation: Robustness/Ruggedness Tests (click on Method Validation in the left window to access the document) Fitness for Purpose of Analytical Methods — Mike Vicic, July 11, 2000

Next Profile of a Forensic Scientist 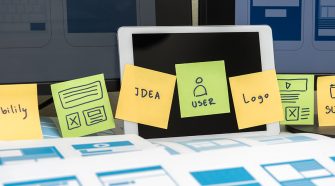