Applied Thermal Sciences, Inc. (ATS) has developed what is known as the High Performance Toroidal Engine Concept, or HiPerTEC which is an internal combustion, toroidal, reciprocating, free-piston engine. The configuration is shown in the figure below. The main focus was to provide a very high power-to-weight ratio engine to meet or exceed the needs of the military. The HiPerTEC addresses the high power-to-weight ratio with a torus design that incorporates double-faced pistons. The torus is made up of two engine rings; the inner or intake ring, and the outer or exhaust ring. Each ring includes 4 pistons located at 90o intervals. The rings act as the chamber walls. The rings are geared together (not shown) so they reciprocate in equal but opposite directions, and run through the compression and expansion strokes like the traditional slider crank design. Unlike the slider crank design, the HiPerTEC’s physical volume is one-half the swept volume of the engine because of the shared volume space. In addition, the engine offers the opportunity to have a varying stroke length because of the absence of a connecting rod and crankshaft. Hence, the compression ratio is variable and controlled by a very sophisticated computer system operating independent pneumatically-actuated intake and exhaust valves. Power extraction is carried out using an integrated reciprocating generator, similar to linear free-piston generators, and/or by an ATS-developed mechanical conversion device.

The basic functions of the HiPerTEC are the same as the traditional reciprocating-piston engine: air and fuel are brought into a chamber, combustion occurs and drives the piston motion, and the combustion products are exhausted. The air and fuel are brought in through the intake pistons, which have a pneumatically-actuated valve on each face. Exhaust products are expelled through valves on the exhaust piston faces. When combustion occurs in one of the HiPerTEC’s chambers, it forces the pistons at either end of the chamber away from each other causing the inner and outer rings to rotate away from each other in opposite directions. When this process is repeated from chamber to chamber, the rings oscillate back and forth in a counter-reciprocating motion. Because of the configuration and the reciprocating nature, the displacement volume of the HiPerTEC is twice the physical volume. Also note that there are no cylinder heads in the HiPerTEC. The combustion pressure acts on two opposing piston faces, which eliminates the need for a large portion of the weight required to hold down heads in the traditional engine. The HiPerTEC will have very low piston side thrust due to its configuration. This will drastically reduce the friction losses, heat load, and piston forces compared to a traditional design. Also since the pistons are not attached to any crank armature, the HiPerTEC has free-piston characteristics with a variable compression ratio. With this freedom and combined with independent valve control, the engine can operate in two- or four-stroke mode with the capability to switch between the two during normal engine operation. Another incredibly beneficial side effect of the free-piston motion combined with the counter-reciprocating rings is a significant reduction in engine vibration. Since the pistons/rings are free to move and driven only by combustion, they never fight any mechanical loading from other components, allowing for exceptionally smooth operation. Currently, ATS is developing both mechanical and electrical power extraction units for the HiPerTEC. Its geometric configuration, light weight, and simple design make the HiPerTEC an ideal candidate for many power needs including unmanned air vehicles, RVs, micro-air-vehicles, ground combat vehicles, and portable or stationary power generation devices among other applications.

Next Temperature Dependency of Cyranose 320 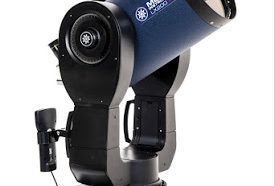