Rich Collins, 54, grows about 275 acres of chicory roots for the production of “Belgian” endive along with his family on their California Endive Farms in Rio Vista, California. Collins has been farming for 30 years and is the only commercial-scale endive famer in America.

How did you get into farming? How long have you been a farmer?

For some strange reason I always wanted to be a farmer despite growing up as a city dweller. Happily I was able to start “farming” as a kid. In 1970, when I was just ten, my dad purchased two acres in the suburbs of Sacramento. We had a big market garden – about an acre of organic vegetables such as corn, tomatoes, string beans, squash, etc. We sold them at a small roadside stand at the front of the property and did home deliveries in the neighborhood as well.

In May of 1978, while working as a dishwasher at a French restaurant in Sacramento, the chef/owner prepared some braised endive for a special VIP birthday meal. Knowing that I wanted to be a farmer he nonchalantly suggested that I consider growing endive after sharing that he paid “$4.00 per pounds for the stuff.” I responded “Really?” and the rest, as they say, is history!

I tried growing a few acres of chicory roots in the late 70’s/early 80’s but could not figure it out at all. Not only did I not know how to grow endive, but also I really did not know how to farm. I decided to put my college studies at UC Davis on hold and departed for Europe on my 22nd birthday. I spent a year working on endive farms throughout France, Belgium and Holland. I came back at the end of 1982, finished school at Davis in early 1983, and started farming in June of that year, planting five acres of chicory roots near Vacaville, CA. My then fiancé, Shelly, and I picked the first box of endive on the morning of Thanksgiving Day, 1983. So we just celebrated our 30th year as growers and we’ll celebrate our 30th wedding anniversary this March. 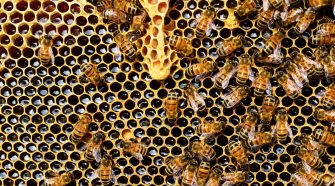