Finding food, dazzling mates, escaping predators, and navigating diverse
terrain, birds rely on their excellent colour vision. Mary Caswell Stoddard, an assistant professor at Princeton University, Department of Ecology and Evolutionary Biology, deduced that humans are color blind in comparison with birds and several other animals. Biologically, a human eye contains three different types of cones that are color sensitive, adapted to green, blue, and red light. But in contrast to humans, birds are tuned to a fourth type; they are sensitive to ultraviolet light. Stoddard also claimed that possessing another color cone kind widens the array of colors visible to birds in the ultraviolet light. She further added how it prospectively allows the birds to observe a combination of different colors; ultraviolet with blue and ultraviolet with red. But not many promising tests have been conducted to prove this hypothesis.

To examine how birds recognize the colors in their world, Stoddard and her team conducted research. They invented a field system to investigate the bird’s color perception in natural surroundings. The researchers established their workspace at RMBL (Rocky Mountain Biological
Laboratory) in Gothic, Colorado. Here they tamed wild hummingbirds that had broad tails (Selasphorus platycercus) to engage in the color perception experiments. Stoddard mentioned that most comprehensive and extensive visionary experiments were conducted on birds in labs with controlled environments. But this robs them of the experience to investigate how birds employ their color perception in the natural surroundings. She also stated
that hummingbirds are ideal for this study of color vision of the undomesticated animals. These ferocious animals have adapted it as they inspect the colors of flowers to determine where they will receive their nectar prize from. With little tutoring, they can learn color connotations quickly.

The entire Stoddard’s teams were primarily riveted to the non-spectral color combinations. This included all the shades and tones, extensively distinct components, present in the color spectrum. This was dissimilar to the fusions of adjacent colors, such as teal Which is basically a
blend of blue and green, or yellow (a mixture of green and red). Purple is the perfect example of a non-spectral color for humans. If you observe, you will notice purple is not present in the rainbow. It is seen when blue, a short wave, and red, relatively longer wave, cones are
galvanized, but the green, a medium length wave, the cone is undisturbed.
Unlike humans, who just have a single non-spectral color-purple, birds, according to a compelling theory, can perceive five colors: UV with purple, UV with green, UV with yellow, UV with red and purple. Stoddard and her fellow workers fashioned a couple of experimentations to investigate: can hummingbirds view these non-spectral colors. They will publish their findings on June 15 in the Proceedings of the National Academy of Sciences.
The distinguished team comprised of notable scientists from many prestigious universities; these were Princeton, Harvard University, University of British Columbia (UBC), University of Maryland and RMBL. 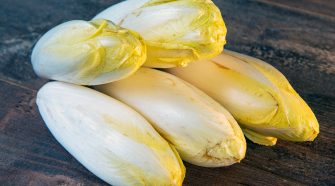