Sodium Alginate. Sorbitol. Potassium Bitartrate. These are all scary, dangerous chemicals. Some would say you shouldn’t eat anything you can’t pronounce, because if you don’t know what it is, it’s probably bad for you. I say learn to pronounce more words – it’s good for you.

Sure, there are some things I wouldn’t pour down my throat for any sum of money (draino and roofing nails come to mind), but I also understand that many food additives are perfectly safe. Regardless of how I feel, the fact of the matter is that pretty much all food today is processed in some way.

I’ve long thought that the only way to understand what you eat is to learn to cook. So if you want to understand the science that goes into modern food, you have to be prepared to brush up on your chemistry and experiment with a couple hydrocolloids!

Molecular gastronomy or modernist cuisine is often considered the domain of fancy restaurants or pretentious chefs. But anyone who does this type of cooking would say that they are just applying technology and ingredients that have long been a fixture in crappy processed foods. Why not use them for good?

In this awesome Serious Eat’s column on Modernist Cuisine, Max Falkowitz asks readers whether they’ve tried Modernist Cuisine and gives a well thought-out summary of the movement – both what it is and what it is not. Max says, “At its core, [modernist cuisine is] about using scientific methods and techniques to improve and enrich the way we cook.”

Which is why I’ve been putting together this list of ingredients I’ve read about or played around with that are useful for injecting science into the kitchen. It’s got everything from agar to xanthan, but I know there are many more items I’m sure to have left out. I expect the list to grow, as using some of these things becomes more commonplace.

The majority of the research from the list came from blogs, books, and forums greater than my own; most notably via Dave Arnold at Cooking Issues (also subscribe to his amazing radio show), Martin Lersch at Khymos, J. Kenji Lopez-Alt at Serious Eats’ Food Lab, Harold McGee’s On Food and Cooking, Jeff Potter’s Cooking for Geeks, and the amazing minds at eGullet Forums. Naveen was a constant guide through the morass of chemistry stuff that went over my head.

We hope that you look at the list and are inspired to try some of the recipes and techniques we’ve linked, check out some of these other great resources on science and cooking, and tell us what you think!

There are way more links and resources, just check out our blogroll on the right hand sidebar.

Martin Lersch keeps the best directory of suppliers over at his blog, Khymos. I can personally vouch for My Spice Sage and Willpowder, which I’ve had positive experiences with. Modernist Pantry is a relative newcomer to the scene, but offers smaller amounts of popular ingredients for less money and I’m planning to try them out.

Xanthan gum is commonly available in health food stores and in many supermarkets. As are cornstarch, baking soda, and cream of tartar. You can buy ascorbic acid (vitamin C) pretty much everywhere, but vitamin C in pill form can often contain binders and other ingredients that will affect the way it functions in cooking.

I thought Max’s comment on his own post was way too good not to share. It mirrors my thoughts perfectly, but he has a gooder control of the English language than I ever could did:

It seems that the dialogue about modernist cuisine hasn’t been cast in a way that’s fair or accurate—to either “side.” The way I see it, people have pitted modernist cuisine against classic cooking. Hydrocolloids against roux, flight of fancy against common sense, artificial against natural. But after talking to chefs like Kenji and Tony, doing some reading, and actually tasting modernist creations, I don’t think that’s right.

Every article, book, and person in support of modernist cuisine I’ve encountered begins with the premise that you need to start with great ingredients and not screw them up. The method is to use a toolbox of ingredients, techniques, and tools to make the most of them. Yes, these do involve some strange new ingredients, but it’s important to note that they aren’t the same thing as preservatives. None of these are weird chemicals with unclear effects on the body. They’re just new applications of naturally-derived materials. Xanthan gum, for example, comes from a tree. Tapioca maltodextrin comes from a root. None of my example recipes involve any preservatives or strategies to turn subpar ingredients into something else. They’re all about simple ingredients prepared in a different way. But one that isn’t at war with classical cooking.

And let’s not delude ourselves about the world we live in. Our food is industrially processed, whether we like it or not. I don’t just mean ingredients like cornstarch and bottles of salad dressing. I mean our grains, our vegetables, our meat, and our dairy. And without some degree of industrial processing we wouldn’t be able to deliver those foods to those around the country who want them, nor would we be able to meet the demands of an ever-growing population. Industrial food processing increases yield and consistency; it’s saved us from a Malthusian nightmare of the population outstripping our ability to feed it.

This doesn’t mean industrial processing is blameless. Obviously it’s really screwed up, and I don’t want to eat eerily preserved food any more than you. But at the same time I don’t think it’s fair that all technological approaches to food are grouped together as evil, threatening, or pretentious.

I don’t need strawberries in winter, but I do appreciate that I can get a peach from Georgia delivered up to New York in the height of summer. I’m grateful that some commercial ice creams have stabilizers in them: otherwise there’s absolutely no way they could get delivered to me without becoming an icy, crystalline mess (along the delivery the temperature wildly fluctuates, and all the melting and re-freezing wreaks havoc on unstabilized ice cream).

This is the world we live in, and like any other technology, modernist cuisine can be used for good or ill. It won’t replace home cooking any more than the microwave did. It just allows us to do more good things to great ingredients. Preservative-free.

Do you agree or disagree?

Previous Why It's Important to Attend an Accredited School

Next 99% of All Species Extinct 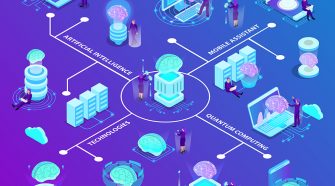 Charlotte A 9 months ago