They conducted several experiments in the wild every summer for three consecutive years. Initially, they constructed a pair of specialized bird vision LED tubes. These were designed to exhibit a wide array of colors, this also comprised of non-spectral colors such as ultraviolet with green. Afterward, they often conducted tests in an alpine meadow setting where native hummingbirds with broad tails dropped-by frequently. These usually reproduce at places of high altitude.

During the experimental period, the researchers woke up at dawn every morning and prepared two different feeders; one contained ordinary water, and the other carried a mixture of sugar and water. Alongside each feeder, they attached an LED tube. The tube positioned next to sugar
water effused a single color. However, a different color was emitted from the tube next to the plain water. The researchers would regularly interchange the position of tubes, so the birds couldn’t track where the sugary reward is situated. The experiment was carried out in a controlled environment to make sure that the birds couldn’t smell the sweet treat or utilize any unpremeditated hint to locate the reward. After hours of experimentation, the adroit creatures learned how to locate the sugary prize via colors. Through this procedure, scientists documented
around 6000 visits to the feeder in the course of 19 tests.

These test results concluded that hummingbirds could perceive a wide range of non-spectral colors; this includes purple, UV with green, UV with red, and UV with yellow. You can notice how hummingbirds are capable of discerning between UV with red from unadulterated components of
it: green and ultraviolet. They also distinguished between two separate blends of ultraviolet with a red light. One had more intense red light than the other.

Harod Eyster, a UBC Ph.D. student and co-writer of the research, claimed that it as fascinating to observe the experiment. He further discussed ultraviolet with green light, and pure green light
seems indistinguishable to us. However, the hummingbirds kept on discerning between them and chose ultraviolet with green light as it represented the sweet treat. He excitingly mentioned how
these experiments had shown everyone a trailer of how hummingbirds perceive this world.

It is proved that hummingbirds can see non-spectral colors, but the challenging question still arises-how might these colors appear to the birds? Is it the same as how they appear to humans? Ben Hogan, a postdoctoral research associate at Princeton, stated that we couldn’t
confirm how the colors might appear to birds. For example, will ultraviolet with red appear like a combination of those colors, or will it be perceived as a wholly a different color? He claimed that we could only theorize or hypothesize, but there is no way to know for sure.
Stoddard further discussed that we might envision an additional dimension in the color perception. She claimed that this theory would be the stimulation and motivation of studying in- depth the functioning of avian visual perception. However, her research has proved that hummingbirds can observe things that we are unable to see.

The co-writer David Inouye associated with the University of Maryland and RMBL shared his insights over this subject. He said that the vibrant colors we see in the beautiful orchards of wildflowers located in the wildflower capital of Colorado, which also happens to be their research site, fascinates them. But they can only imagine how the birds might perceive all those vivid colored flowers through an additional visual dimension. 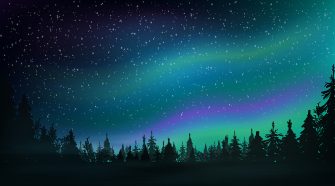