The B cell antigen receptor (BCR) regulates B cell development, tolerance to self, activation, and continued survival. Antigen-induced oligomerization of the BCR leads to phosphorylation by the Src-family tyrosine kinases Lyn, Fyn, and Btk of key tyrosines within the Ig-

The phosphorylated ITAM serves as a binding site for the cytosolic tyrosine kinase, Syk. Downstream signaling events are thought to be largely dependent upon Syk, although Src-family members may also participate. Among the Src-family members, Lyn is the most abundant, accounting for approximately two-thirds of the total activity and protein in B cells. We have examined mice in which the Lyn gene has been ablated by gene targeting. B cells from young adult Lyn-deficient animals are fairly normal, although they contain a higher proportion of immature B cells than do B cells from wild type mice and more cells that are short-lived. The initial BCR signaling events were delayed somewhat, consistent with the idea that the Src-family members play an important role in initiating BCR signaling events. Although the BCR-induced calcium increase was delayed in Lyn-deficient B cells, the peak and sustained levels of calcium were greater than wild type after the initial period. Activation of the Erk1/Erk2 MAP kinases was also greater in Lyn-deficient B cells and these B cells proliferated to a greater degree than their wild type counterparts. These results suggest Lyn has two types of roles in BCR signaling, a positive role in the initiation of signaling and a negative role with regard to at least some signaling reactions. Consistent with this interpretation, the inhibitory function of Fc

RIIb1 was partially defective in Lyn-deficient B cells, and the ability of CD22 to inhibit calcium elevation was absent. The inhibitory functions of Fc

RIIb1 and CD22 depend upon phosphorylation of tyrosines in their cytoplasmic domains and subsequent recruitment of the signaling inhibitors SHIP and SHP-1 to them. Tyrosine phosphorylation of the cytoplasmic tail of the FcR was substantially reduced, and tyrosine phosphorylation of CD22 was absent in Lyn-deficient B cells, suggesting that Lyn is the primary kinase that phosphorylates these negative regulators. As Lyn-deficient mice age, they exhibit a large expansion in B lymphoblastoid cells with a B-1 phenotype and IgM-secreting plasma cells. They produce substantial amounts of auto-reactive antibodies and deposits of immune complexes in their kidneys, indicative of autoimmune disease. These phenomena may reflect B cell hyper-reactivity resulting from the loss of inhibitory influences to BCR signaling contributed by Lyn. 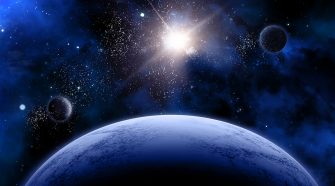