The average consumption of sodium, per consumer, is more than 3,000 mg a day, but the current Dietary Guidelines for Americans recommend that healthy Americans without risk of hypertension consume no more than 2,300 mg of sodium per day. Last month, we looked closely at the results of the International Food Information Council (IFIC) and Foundation’s

, and found that only 57% of consumers know how much sodium they actually consume. We talked to Kris Sollid, RD, Manager, Nutrients at IFIC, about the need to re-focus sodium reduction messages on healthy behaviors that consumers can actually achieve.

Why is there such a disconnect between daily recommendations for sodium, and what consumers intake on average?

According to the Dietary Guidelines for Americans, 2010, Americans are advised to “reduce daily sodium intake to less than 2,300 milligrams (mg) and further reduce intake to 1,500 mg among persons who are 51 and older and those of any age who are African American or have hypertension, diabetes, or chronic kidney disease.” However, according to the most recent NHANES (2005-2008) data less than 1% of adults recommended to consume ≤1,500 mg/day and only 5% of adults recommended to consume <2,300 mg/day, actually achieve these guidelines. In fact, current average daily intake among those advised to consume 1,500 mg is 3,264 mg and 3,513 mg for those advised to meet the 2,300 mg guideline.

One of sodium’s many important functions in foods is to impart flavor. The taste of food is a barrier to reducing sodium consumption, especially if one is attempting to adhere to a 1,500 mg sodium diet. As any clinical dietitian can attest, diets with such low sodium levels are generally unappealing – they lack flavor, and thus are difficult for most consumers to maintain over time. Food can be a lot of things, but if it doesn’t taste good, people won’t eat it.

Why are fruits and veggies and limiting sugar so much higher up on the list of factors that contribute to a healthy diet than sodium?

What is the next step in bringing more awareness to sodium intake?

If the goal in reducing sodium intake is to ultimately reduce blood pressure, then communicating about the many ways to successfully manage blood pressure is paramount. While reducing sodium is an important factor, there are other lifestyle modifications that may have even more of an impact on blood pressure. According to the Seventh Report of the Joint National Committee on Prevention, Detection, Evaluation, and Treatment of High Blood Pressure (JNC 7), 1) weight reduction, 2) adopting a DASH eating plan, 3) dietary sodium reduction, 4) physical activity, and 5) moderation of alcohol consumption are the top lifestyle modifications cited to prevent and manage hypertension. Such a comprehensive approach can help bring more awareness to all of the factors impacting blood pressure, including sodium intake.

Why aren’t Americans getting the message about sodium reduction? Why haven’t they learned about government recommendations? And if they did learn about them, would it make a difference?

Actually, consumers are hearing about sodium reduction, but not necessarily from government. In our 2011 survey, significantly more people (compared to our 2009 survey) said they are aware of the efforts within food industry to reduce the sodium content of foods (44% vs. 37%).

Through our foundation’s annual consumer research, the IFIC Foundation Food & Health Survey, we continue to find that consumers want to hear more about what to eat, rather than what not to eat. We’ve also learned that numbers and restrictions don’t resonate with consumers. Advice to consume certain amounts of sodium has been around for decades, yet average sodium intakes have been documented to be consistently more than recommended amounts. Perhaps it’s time for our messages to focus more on behaviors and evolve to include messages beyond numbers to address more of the “how to’s”.

Previous Why wouldn’t you Buy An e-book Reader?

Next A Home (Usability Lab) of Our Own 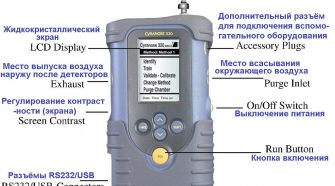