This brand-new, three-dimensional printing technique has vital applications in the futuristic world of science and medicine. For example, this innovative technique can we used to diagnose and keep a check on the lungs of COVID-19 infected patients. The reason why scientists and researchers found it so helpful in managing the recent pandemic is because, in such cases, the healthcare workers are at a high risk of infection due to direct contact with such patients. It can be used efficiently by the hospitals and paramedics to check up on such patients from a safer distance. It reduces the virus-transmission risk and also helps the
corona patient in multiple and dynamic ways.

The main idea behind this project was to combine the three-dimensional printing technique and the world of surgical robots, according to the research team. They are expecting this technique to be a part of a more extensive, fully automated robotic system. Experts are also working on developing 3D-printed sensors that can be implanted on a biological human
heart. There is a lot of innovative research going on related to this topic, and we can expect much more to come soon. For example, the newly published research in Science Advances, a peer-reviewed scientific journal published by the American Association for the Advancement of
Science (AAAS). The latest study has discovered a breakthrough, which proves to be the novel edition of the 3D printing system. Its pioneers were a team that developed a printer, which printed electronic devices directly on the bare hand that moved along the printing process. The printer was flexible in movement; it shifted from right to left and even rotated all the way around.

This advanced approach allowed the 3D printers to have sophisticated inbuilt sensors that detected even the delicate organs of the body. Like our heart, we are also tracked by sensors. It means the way our heart is continuous motion due to contraction and expansion; it is similar to
sensors. Michael McAlpine, a mechanical engineering professor at the University of Minnesota and a senior lead researched on this study, commented that the knowledgeable borders of 3D printing are being transcended in innovative ways, which seemed like a remote possibility a few years ago. He also added that it is challenging to conduct 3D printing on an object that is not stagnant but rather in continuous motion. It was even more challenging to perform 3D printing on an object that was constantly disfiguring as it enlarged and then shrunk back. The researchers of the study began experimenting in the laboratory with a surface mimicking a
balloon’s surface. A particular 3D printer was chosen for this purpose. The researchers employed specialized tracking markers that monitored the motion of an object, like those appointed in films to generate special effects. It allows you to synchronize its movement and printing route on the
object exterior.

They then verified this study on an animal’s lungs in a controlled lab environment. Those lungs were inflated and deflated synthetically. They were triumphant in their attempt to print a delicate hydrogel-based sensor right on the exterior surface of the lungs. McAlpine also confidently claimed the possibility of printing sensors on a heart in motion. McAlpine, who earned the Kuhrmeyer Family Chair Professorship at the University of Minnesota, Department of Mechanical Engineering, stated that the broad approach of this study is to progress in the field of engineering and medicine simultaneously. He wants to incorporate the 3D printing technique in the development of surgical tools to create surgical robots.
He also believes that in the coming times, 3D printers will redefine the concept of printing and will become an element of the robotics field as an independent and self-monitored device. It could play a vital role in treatments of contagious diseases like Covid-19, where doctors are vulnerable when nursing the patients.

The team that participated in this study include lead author Zhijie Zhu, a Ph.D. candidate at the University of Minnesota mechanical engineering Department, and Hyun Soo Park, an assistant professor at the same University, Department of Computer Science and Engineering.
Medtronic and National Institute of Biomedical Imaging and Bioengineering of National Institutes of Health supported this study completely under the Award Number DP2EB020537. Further assistance was rendered exclusively by a University of Minnesota Doctoral Dissertation, which was bestowed to Zhijie Zhu. 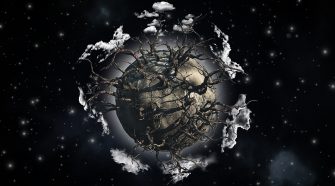