Although white and brown dwarfs give off heat and have habitable zones around them, just like our Sun, a new study suggests that they are not likely to be orbited by planets which can support life. This is because the way they emit the energy is different from that of regular stars, causing planets in their habitable zones to be affected by strong gravitational pull and eradiated by ultraviolet light.

White dwarfs are collapsed stars which have burned all the hydrogen. They are very dense and small compared to normal stars, yet they remain hot enough to keep planets around them warm enough for billions of years. They may have rocky planets around them. Brown dwarfs are something between a star and a gas giant like Jupiter. Their mass and the pressure inside their cores are too low to squeeze hydrogen into helium and other elements via nuclear fusion, but there is enough internal thermal energy to be emitted to nearby planets.

These types of stars are hot enough to have habitable zones around them. Habitable zone is a region around the star in which planets are warm enough for water on them to be liquid and cool enough to prevent the water from evaporating. This means that there is a possibility for rocky planets around these dwarf stars to host life. However, a study by Rory Barnes at University of Washington in Seattle and his colleague René Heller at the Leibniz Institute for Astrophysics in Potsdam, Germany, suggests that this possibility is not high.

Firstly, since white dwarfs and brown dwarfs cool with time, as opposed to regular stars, their habitable zones shift closer to them. This could result in planet getting too cold and its water freezing before the life had a chance to develop. It would also mean that the electromagnetic energy they radiate would change in wavelength, ending up sterilizing planets with high-energy ultraviolet radiation. This is especially true for white dwarfs in their young age, whereas the situation is less clear with brown dwarfs, according to Barnes and Heller.

Secondly, because dwarf stars give off less heat than regular stars, their habitable zones have to be very near them. How near you ask? About one percent the distance brtween the Sun and Earth. At 1.5 million kilometers, gravitational force has such a strong impact on planets’ interior, flexing and heating planets so much, they lose all their water. Think of Jupiter and its moon Io. Tidal heating inside the Io caused by Jupiter results in a moon covered with volcanoes. Again as with radiation, white dwarfs should tidally heat planets more than brown dwarfs because they are more massive.

Despite these two unfavourable factors, chances that for life around dwarf stars are not zero. “I’m not arguing that all planets around brown dwarfs and white dwarfs are uninhabitable,” Barnes said. “Just that they have more hurdles to clear.” “The biggest question in my mind is regarding the loss of water,” Barnes added. “We don’t have a good handle on that process, and also don’t know how much water these planets could have to begin with. Therefore estimating the time it takes to lose all water, and hence be uninhabitable, is a difficult to quantify at present. It could be that some of these planets retain enough water that, as the habitable zone reaches them, they could still support life.”

Next Astronomy as a Hobby 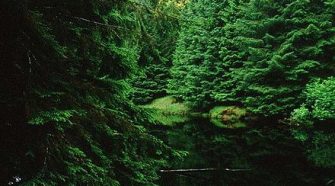