In a recent post about Calculated Metrics, Dan mentioned an idea that pages within a path or funnel to conversion have specific purposes which can be drawn out in metrics and measured against each other contextually. For an eCommerce website, making a distinction about success prior to a user completing a sale transaction can be a challenge. How does an analyst explain to a stakeholder or their boss that a page is successful when there’s essentially nothing to show for it?

Based on web analytics research conducted on ecommerce websites over the past couple years, Wicked Sciences developed a system to install comparative analysis at pages of equal footing. This way, when a specific page is being analyzed for value without having a clear success metric, there is some foundation which can exist as a comparative benchmark against the other pages in the site which have the same purpose. These are proxy measurements. From mid 2007 to now, we’ve been using and testing proxies and their value for comparative measurement and to develop weighting systems for conversion goal testing in multivariate testing scenarios. Most of the work which we based this on was the result of conversations with Gary Angel and Paul Legutko from Semphonic.

The first piece of understanding how proxies work is based on understanding how we’ve functionally described the behaviors inherent to objectives and conversion events. We essentially see this as having multiple steps, each becoming more related to the event as the depth increases. The steps, quoted from Daniel’s post on Web Analytics Demystified, are:

Appraisal – This is the behavior of seeking information on product queue for a potential purchase. These are broad strokes in navigation based on general term and phrase usage, non-transactional focus and

Now, having gone back into these metrics and trying to universalize them for ecommerce companies, I’ve come up with some fairly simplified versions of each so that people could begin to apply them and bring back results to discuss them. A follow up post will decribe the functions, their application, and the formula which they are comprised of. I’ll try to include an actual copy of the formula in Omniture so that people can copy and past them into their calculated metrics.

There is no more story. 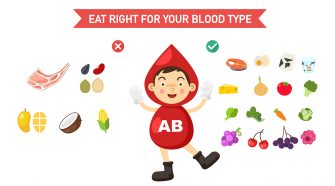