Scientists have merged the two disciplines of genetics and evolution into population genetics that demonstrates how gene frequencies change in populations, studies genetic variation, and applies genetic change to evolutionary theory.

Any study of natural populations usually demonstrates genetic change. That finding seems perfectly reasonable in the light of natural selection theory. Yet basic Medelian genetics also shows that allele frequencies remain stable under certain conditions. For example, examine a simple monohybrid cross of a homozygous tall pea plant (TT) and a homozygous short pea plant (tt) where we begin with equal numbers of tall and short parents. On average, half of the total gametes are T and half are t. In the first generation all offspring are heterozygous (Tt); exactly 50% T and 50% t alleles. Consider the individual (or diploid) frequencies in the next generation where all heterozygotes mate randomly: 25% homozygous dominant (all T alleles), 25% homozygous recessive (all t alleles), and 50% heterozygous (one half T and the other half t alleles). What percent of the total alleles are now T and t? The answer is still 50% for either allele. Frequencies of T and t remain unchanged from the first generation and will remain unchanged unless some outside force (natural selection, mutation, migration, non-random mating) or chance events alter those allele frequencies. Two mathematicians, G.H. Hardy and W. Weinberg, summarized this relationship (called the Hardy-Weinberg equilibrium, HWE) in algebraic terms: p+q= 1; where p and q represent the frequencies of the dominant and recessive alleles, respectively. Diploid individuals may be represented by the binomial expansion of

It is not possible for a General Science class to study the Hardy-Weinerg equilibirium in natural populations, but the relationship is actually better understood and more easily examined in an artificial set-up using two colors of beans to represent alleles. In this laboratory, we will attempt to understand the effects of two forces, selection and chance events, on allele frequencies.

Next The (Lack of) Science Behind the Blood Type Diet 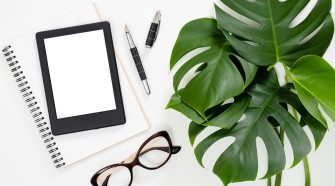