Eating an apple a day may very well keep the doctor away, according to a recent study from the University of Navarra and CIBER-OBN, Spain and published in The American Journal of Clinical Nutrition. The study looked at the association of fiber intake and whole-grain, fruit and vegetable consumption with all-cause mortality in a Mediterranean cohort of elderly adults at high risk of cardiovascular disease (CVD) and found that baseline fiber intake and fruit consumption were significantly associated with lower risk of death.

Past studies have shown that high consumption of fiber, fruit and vegetables can reduce the incidence of stroke and heart disease, but few studies have examined the effect of fiber consumption on total mortality. Also, few studies have examined fiber’s effects on a population of study participants that were at high risk of CVD. This study started with 7216 high risk for CVD men (55 to 75 years old) and women (60 to 75 years old) from the Prevención con Dieta Mediterránea (PREDIMED) trial for a mean of 5.9 years. Dietary intake was measured with the use of a validated food-frequency questionnaire, which included 137 food items, and repeatedly administered every year.

An advantage of this study over other studies, says study co-author Dr. Miguel A. Martínez-Gonzalez, MD, PhD, MPH, Professor and Chair, University of Navarra, was that they had a large amount of dietary information for each participant on a yearly basis. Other previous studies (most of them) only assessed diet at baseline and only in some of the better studies (very few of them) dietary information was available every four years, but no previous study collected dietary information yearly. To collect yearly information on diet allowed them to assess the effect of yearly changes in the intake of fruit and fiber.

“In addition, we were doing an intensive intervention to promote higher fruit and vegetable consumption. These methodological advantages helped us to show the connection between fiber intake and mortality more conclusively than in previous studies on the topic,” says Martínez-Gonzalez.

Participants in the study who consumed more dietary fiber did so in the form of fruit, vegetables, whole grains and less refined grains. They also consumed more omega-3 fatty acids. The most consumed vegetables were tomatoes, lettuces, and the group of zucchini, eggplant and cucumber. The most consumed fruit was apples and pears, citrus, and watermelon. Cereal fiber was consumed mainly through whole-grain bread, white bread and pasta.

In up to 8.7 years of follow-up, 425 participants died. Cause of death varied, but broke down as such: 169 participants died of cancer (40 percent); 153 subjects died from no-cancer, no-CVD death (36 percent); and 103 subjects died of CVD (24 percent). Compared with the lowest fifth of dietary fiber intake, participants in the highest fifth group of dietary fiber intake had a 37 percent lower relative risk of death. Also, participants in the highest category of fruit consumption had a 41 percent lower risk of CVD mortality specifically than those in the lowest fruit consumption group.

“We need to improve our understanding of the biological and metabolic mechanisms that can explain the beneficial effects of fruit and fiber, and also of virgin olive oil and tree nuts. We have recently received two grants from the NIH in collaboration with Harvard University, the Broad Institute (Massachusetts) and Reus University to study these metabolic mechanisms. In addition, we are now conducting the PREDIMED-PLUS study, a new trial aiming to recruit 6,000 new participants, developed thanks to an Advanced Research Grant funded by the European Research Council. Our research question is whether we can further improve the benefits of the Mediterranean diet if we also add physical activity and weight loss,” says Martínez-Gonzalez.

Overall, Martínez-Gonzalez and his study co-authors found that a person who consumed equal to or more than 210 g of fruit per day (about the size of a medium apple) or had a fiber intake of equal to or more than 20 g per day displayed a significantly lower risk of death. Increasing fruit and fiber consumption is therefore associated with a decreasing risk of all-cause mortality.

“It is never too late to improve our dietary habits. The participants of PREDIMED were all older than 55 years when they entered the trial (the average age was 67 years) and they improved their cardiovascular health by adopting a Mediterranean-type diet even at this advanced age. In this context, an apple a day indeed keeps the doctor away and it is never is too late to start eating that additional apple daily,” adds Martínez-Gonzalez.

Previous The Latest Technology for Astronomy

Next The Wonders of Our Solar System 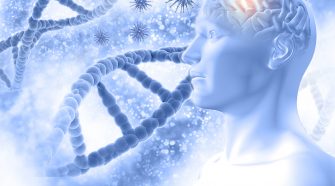