New Research Shows How Humans Can Learn New Foreign Words While they Nap.

Scientists have known for a while that any new information we learn while we are awake is consolidated in our brains during sleep, but a recent study by the Swiss University of Bern now claims that learning can also occur during periods of deep sleep.

The study, featured in the journal ‘Current Biology,’ shows how the human brain can assimilate new foreign words during certain phases of slow-wave (deep) sleep.

A lot of sleep research concerns the processes that consolidate and stabilize the memories we form while we are awake. The Bern study provides evidence that the replay of new information during sleep can strengthen memories by embedding them in our brain’s previously acquired knowledge store.

The study goes against the grain of conventional wisdom. For decades, any research that looked at the learning ability of sleeping humans has, at best, provided unclear results. Many sleep scientists deemed it impossible for learning to occur during non-waking periods because of the lack of brain activity and chemistry required to form memories. 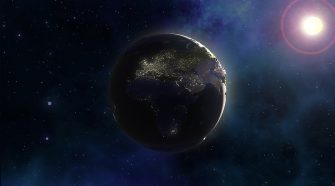