Cassiopeia rotating in the night sky

While looking into space both through the eyepiece of the telescope and with the unaided eye there are many motions that are observed.

The most obvious movement, especially through the telescope is the rapid “motion of the sky”. Because you are magnifying everything, you see the stars and planets moving very rapidly out of the field of view. Well, you don’t need to know a lot to recognize that the sky moving above us is actually the earth spinning at about 1500 kilometers an hour or one revolution every 24 hours.

Frequently I am asked about that star that is “always near the moon” . This question is an opportunity to encourage people to observe the moon for a few nights. Usually the star that was seen is a planet. If the Moon is observed from night to night you will notice that, besides it waxing or waning, it rises about 40 minutes later every night and that it is getting closer, then passing, then getting further from that bright star. In my article “where is the moon?” I explain the earth moon relationship. The Moon appears to be skipping eastward from night to night. The moon also passes from east to west over the earth every night, but, If you observe it relative to a star that appears nearby to it, you will notice that it passes westward slower then the stars.

One of Galileo’s favorites was Jupiter, Galileo’s observation of the movements of Jupiter’s 4 large natural satellites helped him prove Copernicus’s theories of a heliocentric solar system. as i observe Jupiter through the night I see the shifting of the moons in relation to the planet, especially when one of them appears to be ready to pass in front or behind the planet and when it clears the planet. When looking at the planets Jupiter and Saturn we imagine that we see them turning rapidly. This movement is an illusion caused by atmospheric disturbances. There are other movements I see on Jupiter during a nights observation. There are landmarks on Jupiter’s surface like the GreatRed Spot (GRS) That when observed are seen to be moving across the planets surface. The GRS appears to cross the visible face of the planet in about 2 hours time. Frequently besides seeing Jupiter and the 4 Jovian moons, I see far off stars in the same field of view. Sometimes Jupiter appears to pass through Open Clusters of stars and even makes it difficult to differentiate between the moons and the stars. From night to night it is very interesting to see how the planet that orbits our sun appears to pass by, the far off stars.

Part of the Myth of the constellation Cassiopeia is describing how she is punished by being being strapped to her throne and her being rolled through the night sky being sometimes on her head and sometimes right side up. This illustrates field rotation, the appearance of objects tumbling across the sky because of the rotation of he earth. As I observe Jupiter through the night I see the cloud band and the moons in one line, as the night proceeds I observe the line turning like the hand of a clock.

Daily we observe sidereal movement, this is what give us changes in the seasonal sky. the earth as we know revolves on it’s axis once every 24hrs, but we are circling the Sun as well as revolving on our axis. This is what gives us the sidereal day of 23h56m4.090530833s which is the length of the earth’s revolution relative to the stars. Every night the stars will be just a little less then 4 minutes forward then where we observed them the previous nigh on the solar clock. These 4 minutes a night add up to about 2 hours a month. If we see the Orion constellation at 11:30 pm tonight we will see it at 9:30 pm in the same place next month, and it will make a complete circle one year.

Previous Astronomy as a Hobby

Next Challenging Beliefs about Flavor 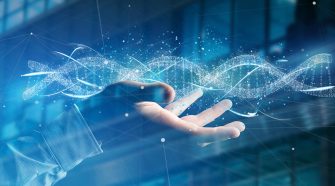