When it comes to consolidating memories formed during periods of wakefulness, deep sleep, or slow-wave sleep, is the most beneficial stage. Slow-wave sleep is the phase during which our brain cells become synchronized, falling into patterns that alternate every half a second from universal activity to inactivity.

The researchers discovered that the volunteers registered the association between a familiar word and its pseudoword only under two conditions; repetition of the word pair, and the simultaneous acoustic presentation of the word pair and a phase of deep sleep.

This means that the volunteers were found to be better at correctly classifying ‘tofer’ as being too big to fit inside a shoebox in case they heard the word pair ‘house/tofer’ several times, with the pseudoword repeated during an active phase of slow-wave sleep.

According to Marc Züst, Ph.D., one of the study authors, the retrieval of sleep-learned words coincided with increased activity in the hippocampus, the part of our brain that plays a major role in our learning and memory processes. 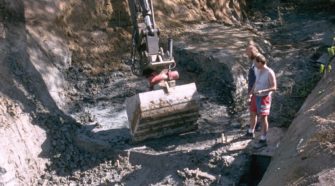