Bed bugs are as ancient as dinosaurs. They have been walking the earth for over 100 million years. A global team of scientists compared the DNA of different species of bed bugs to understand their relationship with human beings and the evolutionary relationship within the group. The study suggests that bats were not the first host of bed bugs 50 to 60 million years ago. Bed bugs evolved approximately 50 million years earlier. These critters are among the most unwanted guests of homeowners, but little was known about their origin.

The Evolutionary History of Bed Bugs

Experts have found out that the evolutionary history of these critters is extremely complex and in fact, bed bugs were in existence since the Cretaceous Period or the time of dinosaurs. Researchers say that dinosaurs were unlikely to have been the host of bed bugs because these critters feed on animals with homes like a bat’s roost, a bird’s nest, a human’s bed or an owl’s burrow. This mode of life is something that dinosaurs have not adopted. More research is required to determine what the host of bed bugs was at that time.

The team of scientists collected samples from museums and wild sites around the world for 15 years. Their efforts included climbing cliffs to gather samples from bird nests in South East Asia and to avoid Ebola-infected buffaloes and bats in African caves.

Next Why do Bees Love Hexagons? 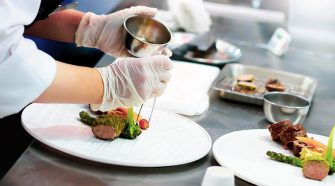