Innovation in the Works

The researchers from the George Washington University are working on developing a unique way to treat diabetes. According to their beliefs, ultrasound could very well be an amazing way to treat the condition.

The findings of the study were recently presented in the 177th meeting of the Acoustical Society of America which was conducted in Louisville, Kentucky.

According to the study, the researchers are finding ways to use ultrasound to boost the release of insulin from the beta cells in the pancreas. They were able to relay the transmitted sound directly to the abdomen transcutaneously without needing to break through the skin.

Prior studies have indicated that ultrasound helps in projecting better release of insulin from the beta cells. In the current study, the researchers are trying to find ways to find whether or not the same would be possible in the living cells.

To help understand the possibilities, the researchers gave mice with a control treatment and the other group with a 5-minute exposure to the ultrasound with a frequency of 1 MHz. In order to record the changes, the researchers did take before and after blood samples of the mice. They also didn’t find any kind of damage caused to the skin or the tissues in the mice because of the ultrasound which was an added bonus.

Next Study Suggests Leonardo da Vinci Had ADHD, Is It True? 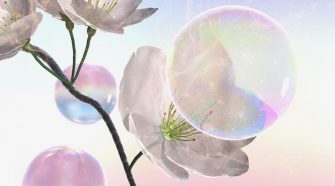